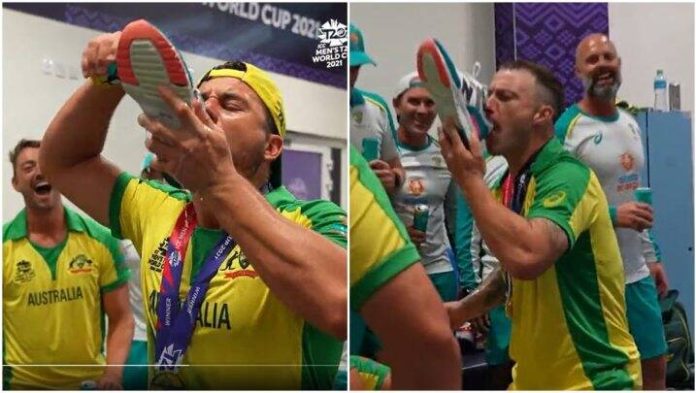 Australia finally managed to add the T20 World Cup trophy to their cabinet as they comprehensively defeated New Zealand in the T20 World Cup final at the Dubai International Stadium on Sunday. With this win, Australia has joined India, West Indies, and Pakistan as the only nations to win the 50-over World Cup, T20 World Cup, and the Champions Trophy. And the ‘Men in Yellow’ were drinking from their shoes to celebrate their triumph. The likes of Matthew Wade and Marcus Stoinis removed their shoes, poured their drink into it, and then drank. All in all, the Aussies had a ball after their superb performance in the 2021 T20 World Cup. 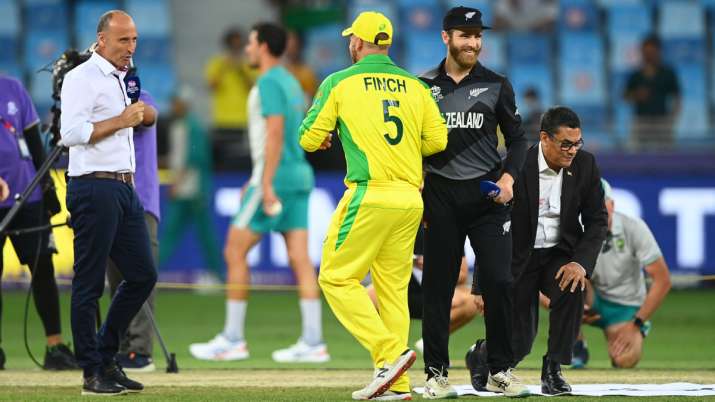 It could be said that Australia took advantage of the game even before the first ball was bowled. Australian Captain Aaron Finch continued his excellent performance with the coin as Australia won the all-important toss. Toss has played a huge role especially in the games played in Dubai as chasing teams have won all the games in Dubai. However, irrespective of the toss factor, teams still have to play a good brand of cricket to win the match.

The New Zealand side posted a good total of 172/4 on the board, and the Aussies needed to score at a run rate of over 8.5 runs per over to go past the finish line. However, there was a big question mark on the batting performance of Martin Guptil who played 28 balls and didn’t score runs at a good strike rate. On the other hand, Australian batsmen did not panic and finished the job by playing ruthless cricket.

At the top of the order, David Warner proved his worth by scoring a superb 53 at a strike rate of close to 140. Warner struck 4 fours and 3 sixes in his innings. And then, came a superb knock from the willow of Mitchell Marsh.

The right-hander scored a masterly 77* off 50 deliveries for the kangaroos, anchored the chase, stayed till the end, and ensured that the Aussies got the job done. His innings were embellished with 6 fours and 4 sixes. Marsh won the Player of the Match award for his sensational knock. On the other hand, David Warner emerged as the Player of the Tournament which is a massive turnaround from his IPL debacle.