IPL-winning coach Ashish Nehra, who guided maiden champs Gujarat Titans to an impressive title win, has given current stand-in Indian skipper Rishabh Pant a piece of valuable advice. Rishabh is currently captaining at the highest level for the first time in the absence of Rohit Sharma and KL Rahul.

Rishabh Pant had a below-par IPL 2022 where he failed to cross 50+ score even once. His tactical blunders and poor captaincy event cost DC a place in the playoffs. Now, Pant failed to fire in the ongoing series against SA while batting at the No.4 spot in the absence of regular stars like Virat Kohli and Suryakumar Yadav. 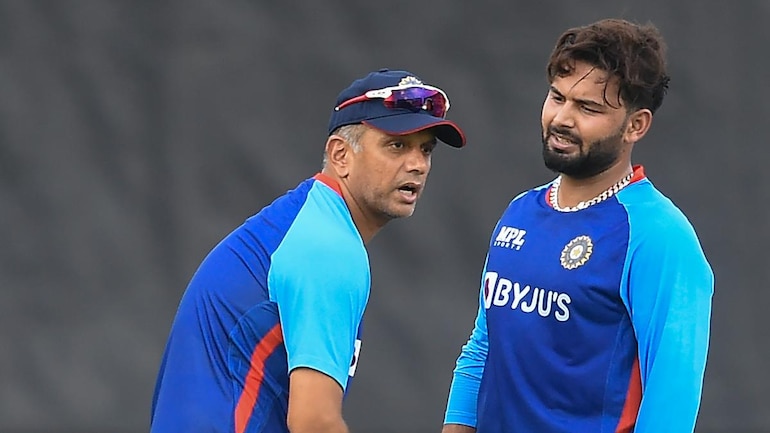 Former India pacer Ashish Nehra wants stand-in captain Rishabh Pant to focus on his batting rather than his batting position in the ongoing five-match T20I series against South Africa. Nehra believes that Pant, who has played at the highest level for five years now, has experience at his back and needs to make the most of it during his lean patch.

“If you look at the IPL this year, Ricky Ponting said that Rishabh Pant was very unhappy with his performances in the season. Now, Rishabh might only be 24, but he has been playing in the IPL for five years now. So, he is an experienced player now, at least in this format.

“Such experiences give confidence to players. From here, he wants to be better. He’s playing at the no 4 roles in international cricket, and obviously, there will always be pressure on him because there’s a lot of competition. Suryakumar Yadav is there, and Virat Kohli will also return in the future. That will happen. In this series, I would want Rishabh Pant to focus more on his batting than his batting position,” Ashish Nehra said on Cricbuzz.

Nehra further stated that one innings will change Pant’s mindset and deputy Hardik Pandya, alongside head coach Rahul Dravid, should ease some pressure off his shoulders.

“It (the batting position) doesn’t make a big difference. How he captains, how much better can he perform.. he needs only one innings to get his mindset changed. It is important he doesn’t take too much pressure upon himself. Senior players like Hardik Pandya, and even Rahul Dravid should help him there,” Nehra added.

ALSO READ: INDIA AND PAKISTAN CRICKETERS TO REUNITE IN A REBOOT OF THE AFRO-ASIA CUP TO TAKE PLACE IN 2023

Prateek Kumar
Previous article
India and Pakistan cricketers to reunite in a reboot of the Afro-Asia Cup to take place in 2023
Next article
4-5 Indian players put the 2020-21 Test series at risk: Tim Paine lashes out at the Indian team’s for breaching covid rules