South Africa pacer Anrich Nortje has been ruled out of the upcoming Test series between South Africa and India. It was revealed on Tuesday that the hosts suffered a huge blow just days before the start of the three-match Test series against India. It was understood that Anrich Nortje would be joining the team but after failing to recover from a “persistent” injury, Cricket South Africa (CSA) said in a media release that he has been ruled out of the squad. 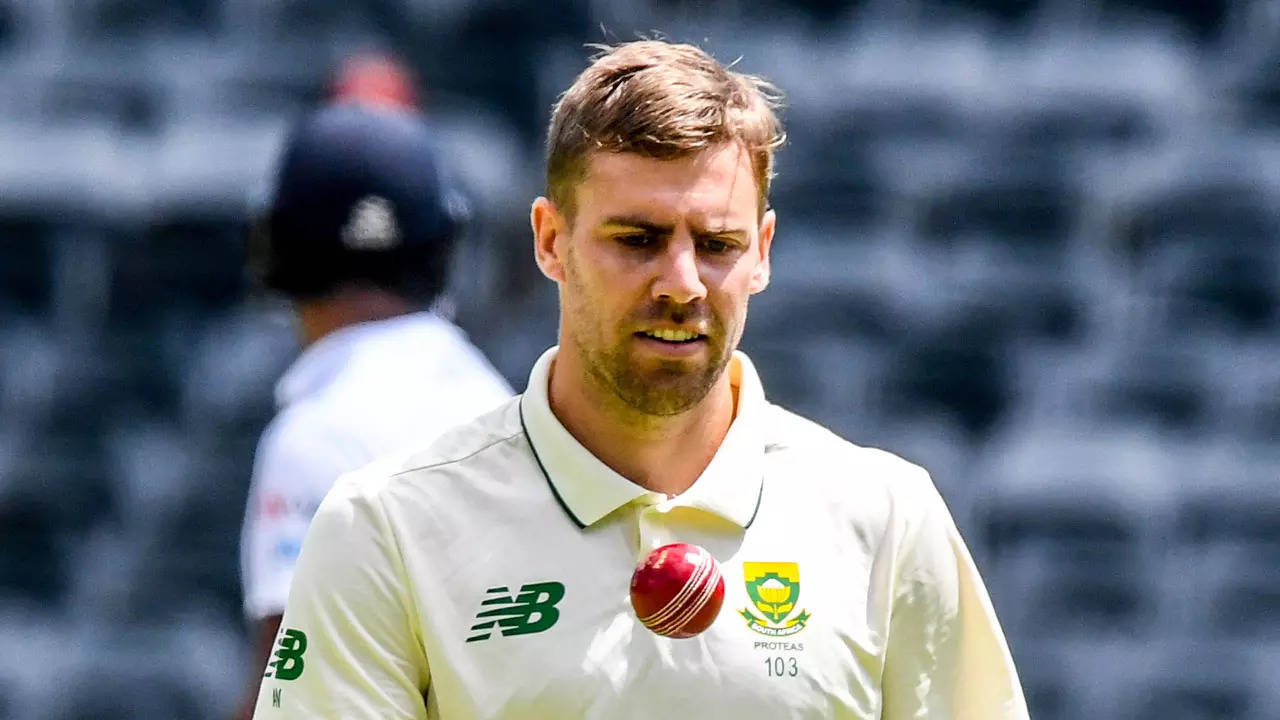 Anrich Nortje’s absence will be a major blow for the hosts. It was noted that the speedster could not fully recover for the upcoming series. It has been also revealed that no replacement for Nortje will be brought in.

The final preparation for the Test series has also begun for South Africa and they are eyeing to replicate the performance from the tour of West Indies that took place in July this year.

Cricket South Africa(CSA) in a statement said the following:

“Proteas bowler, Anrich Nortje, has been ruled out of the three-match, Betway Test series against India, due to a persistent injury. He has unfortunately not recovered adequately for the expected Test match bowling loads and is currently consulting with specialists to manage and advise on his recovery. No replacement will be brought in.”

“The Proteas have commenced their final preparation ahead of the first match starting on Boxing Day. It is the Test team’s first series since their successful tour to the West Indies in July of this year, where they won the series two-nil,” the press release added.

ALSO READ: India South Africa series to be held behind closed doors due to Covid outbreak

India too will be without a couple of star names in vice-captain Rohit Sharma and all-rounder Ravindra Jadeja, who are both out of the Test series due to injuries. India will also be missing the services of Shubman Gill and Axar Patel, also through injuries.

Rohit Sharma had suffered a hamstring injury during a training session before the team’s departure for South Africa while Jadeja suffered a right forearm injury during the 1st Test match in Kanpur and hasn’t played since. Both players are currently undergoing rehabilitation at the National Cricket Academy (NCA) in Bengaluru.

The first Test between India and South Africa begins on December 26 at the SuperSport Park in Centurion.