The veteran Indian leg-spinner Amit Mishra recently made a huge blunder and congratulated New Zealand on winning the coveted T20 World Cup. But in reality, it was Australia who clinched the trophy after defeating the Kiwis by eight wickets in the final at the Dubai International Cricket Stadium. Aaron Finch’s Australia chased down 173 runs with seven balls to spare and bagged their sixth world title after five 50-over World Cup trophies. Amit Mishra mistakenly congratulated Kane Williamson and co. while lauding the Black Caps for putting in a strong showing in the mega event in Oman and the United Arab Emirates.

Amit Mishra got trolled for congratulating the wrong team 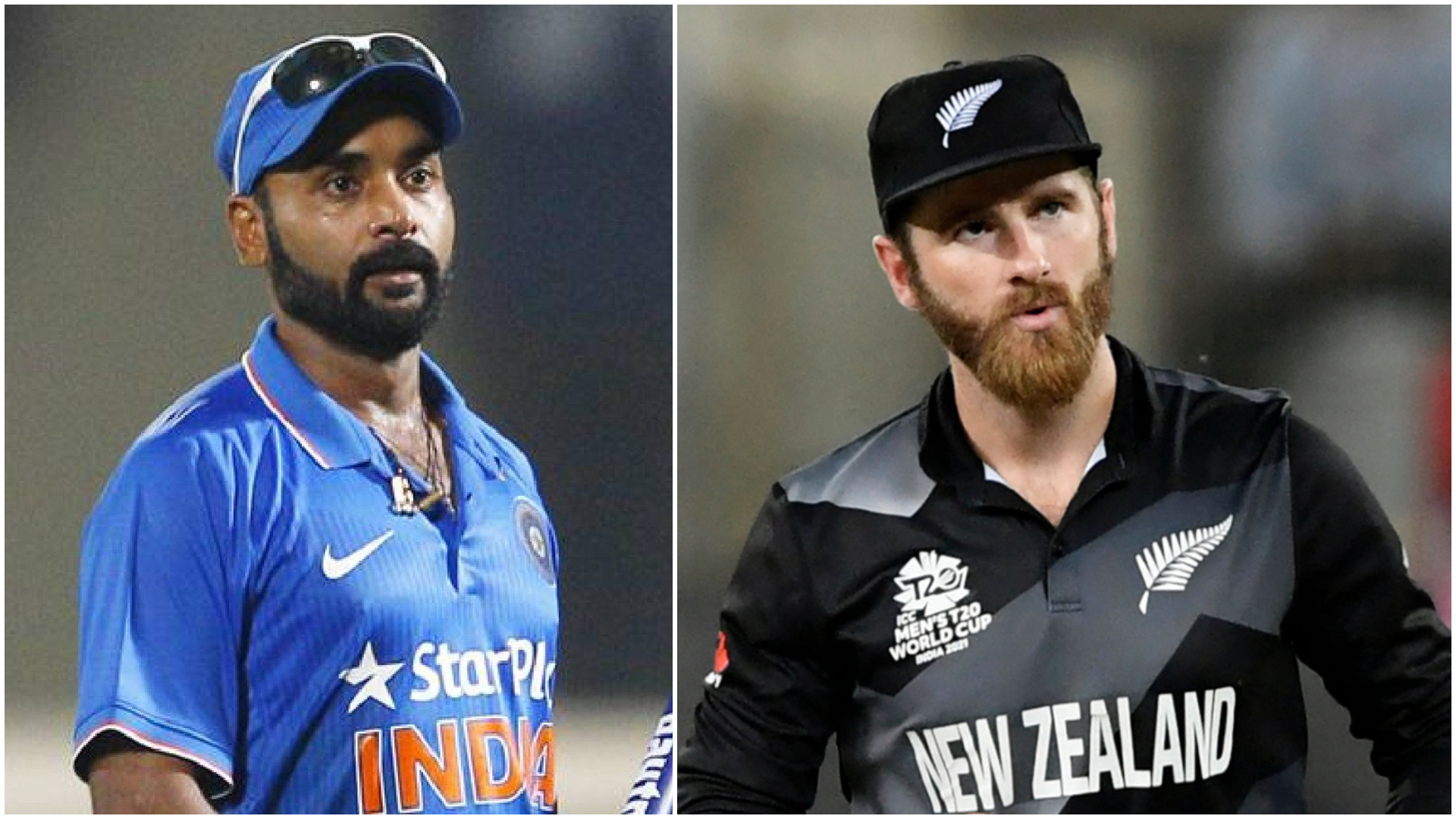 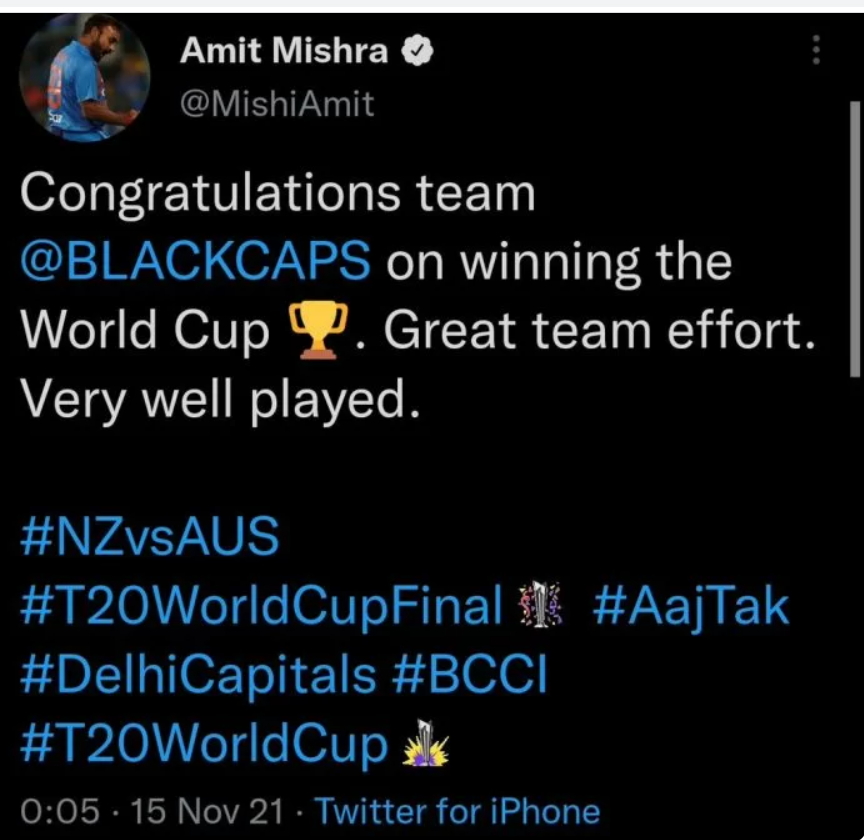 The fans immediately spotted the huge mistake from the veteran bowler and trolled him to some extent for the mistake. Later, Mishra deleted the tweet and replaced New Zealand’s Twitter handle with Australia’s.

Mitchell Marsh turned out to be the Player of the Match for scoring an unbeaten 50-ball 77, laced with six fours and four sixes. He also thanked the team management for showing faith in him to bat at No.3.

“I don’t really have words, what an amazing six weeks with this group. Love them to death. World champs. The coaching staff came up to me in the West Indies and said you’re going to bat three for this tournament, and I jumped at it,” Marsh was quoted as saying after the match.

“Have the staff to thank for backing me and getting me up the top there. Not a whole lot of thinking goes into it (hitting the first ball for six). Wanted to have a presence, be in the contest, go out there and play my game. It’s unbelievable,” he added.

Williamson scored a 48-ball 85 with 10 fours and three sixes and guided the Kiwis to 172 for four. He had contributed only 57 runs in the first 10 overs. However, his efforts went in vain as his team could not tally much runs.