Kuldeep Sen is the latest addition to IPL’s story of RAGS to RICHES. The young speedster was unheard of till yesterday and out of the unknown, the pacer defended 15 Runs off the last over against an in-form Marcus Stoinis to give Rajasthan Royals (RR) a thrilling victory over Lucknow Super Giants (LSG).

The game against LSG was Kuldeep’s debut in IPL. He was entrusted with a responsibility to defend 15 runs in the last over against a rampaging Stoinis. The youngster did not disappoint as he went for 11 runs and finished with figures of 1 for 35 and won a match for RR.

“He is a great guy, bowls with heart. He executed under pressure and will only grow from an experience like that,” Royals quick Trent Boult said about Kuldeep Sen after the match. 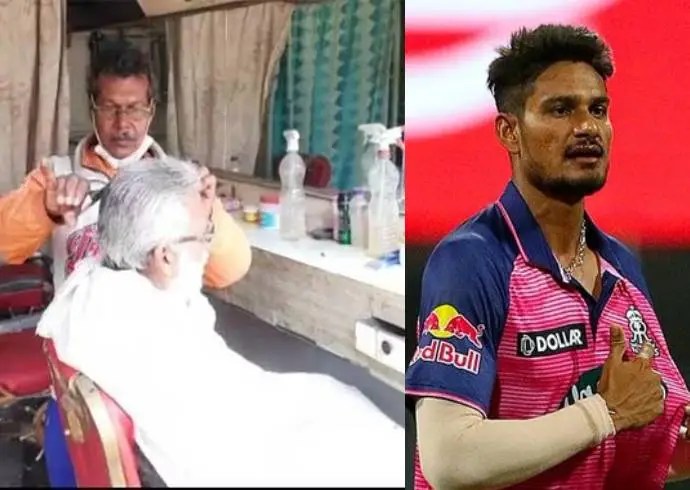 Kuldeep Sen hails from a humble background in Hariharpur in Madhya Pradesh’s Rewa district. His father Rampal Sen runs a small HAIR SALON in the city.

Kuldeep Sen started playing cricket at the Vindhya Cricket Academy (VCA) club around a decade back. Even the academy he played for waived his fees so that he could pursue his dreams. Kuldeep was initially spotted by local coaches. He broke into the Madhya Pradesh Ranji Trophy team in 2018. In his debut season, he had scalped five wickets in an innings against Punjab and ended the season with 25 wickets.

Kuldeep Sen regularly bowls at a pace in excess of 135. In the game against LSG, the speedster was bowling in excess of 140 consistently. He is known to bowl as a good outswinger. He can be effective with the bat as well and has the firepower to hit sixes. RR captain Sanju Samson was hailing his ability to bowl wide yorkers on a consistent basis in Syed Mushtaq Ali Trophy.

• Kuldeep Sen defends 15 runs against LSG in his debut game in IPL.