Ajaz Patel gets a verified blue tick on his Twitter handle, thanks to R.Ashwin’s hilarious request

New Zealand ace spinner had an historic match at Wankhede Stadium in Mumbai against India. In the 2nd and final Test Match, the Mumbai-born bowler scripted his name in the history books by becoming the only third bowler to get a 10-fer in an innings. Now, it gets even better for him as courtesy of veteran Indian spinner Ravichandran Ashwin made a hilarious request to Twitter Verified. The request was soon granted and Ajaz Patel got a verified blue tick on his social media handle. 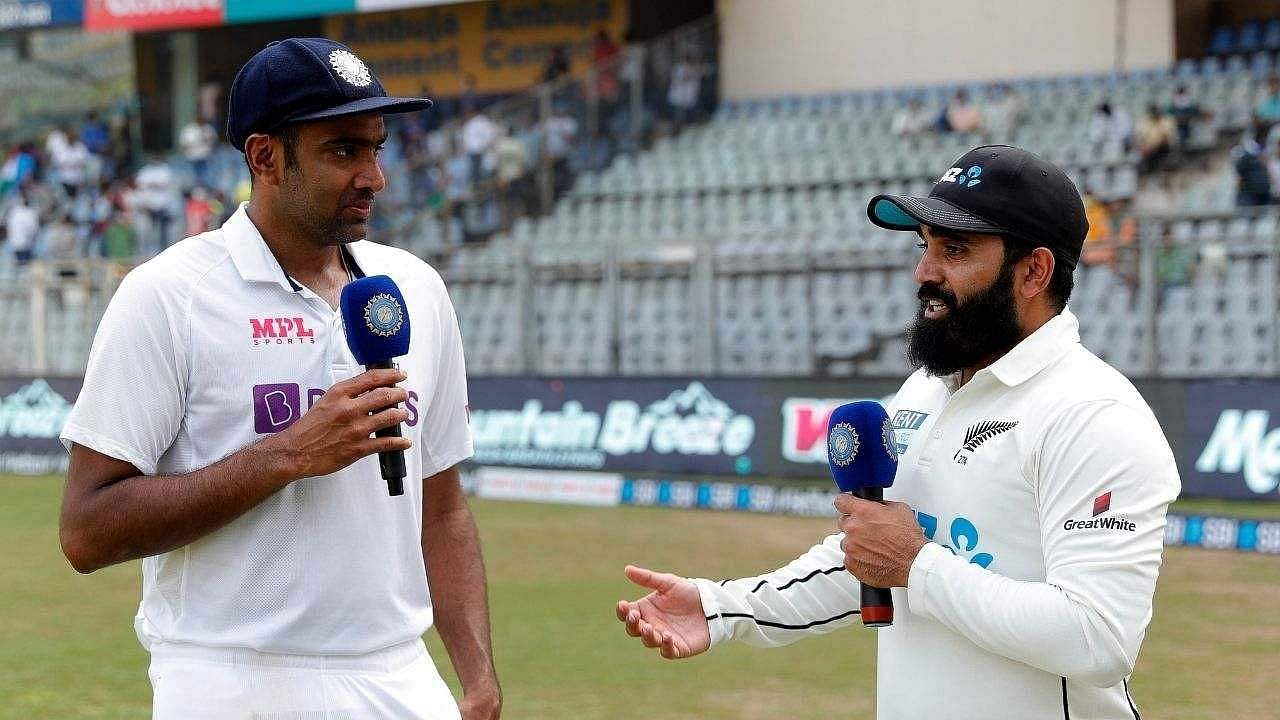 Ajaz picked ten wickets during the first innings of the second Test against India at the Wankhede Stadium last wicket to join the likes of Anil Kumble and Jim Laker in becoming the third bowler in Test history to achieve the massive feat.

Soon after the historic feat, Ashwin had taken to Twitter to post, “Dear @verified, a ten wicket bag in an innings definitely deserves to be verified here! Face with tears of joy @AjazP.”

It was only a matter of seven hours and Twitter granted the request as ‘@AjazP’ had the verified blue tick beside his username.

Ajaz Patel had a memorable outing against India

Ajaz Patel picked four more wickets in the second innings to finish with yet another history scripting figures of 14 for 225, which is now the best bowling figures in a Test against India and the best by a New Zealand bowler in Asia. With his wicket tally in the Mumbai Test, Ajaz fell just one wicket short of surpassing Richard Hadlee’s 15 in Brisbane in 1985, which remains the best bowling figure by a New Zealand bowler.

“Been a very special outing, dream to play at Wankhede and to be able to come here and do something like that is very special,” said Ajaz in conversation with Ashwin in a video uploaded by the Board of Control for Cricket in India (BCCI) on Monday.

Though New Zealand suffered a loss at Mumbai, Patel will cherish the moments of the historic match for the rest of his life.

Bishal Roy
Previous articleVirat Kohli reaches milestone; becomes a player with 50 international wins in each format of the game
Next articleSara Tendulkar makes her glamorous debut in modeling industry