Aakash Chopra slams the Sri Lankan side for their poor display; compares them to a Ranji Trophy side

In the first test, Ravindra Jadeja slammed a hundred and then ran away with nine wickets in the match to make a mockery of the visitors’ lineup. Then in the second Test, the Sri Lankan team had India on the mat as they picked four wickets in the first session. However, blistering innings from Iyer took the game away. Also, the Sri Lankan side got all out for a mere 109 in their first innings which has made their chances of coming back bleak.

Amidst a terrible show, former Indian opener turned broadcaster Aakash Chopra has slammed the Sri Lankan team. While Sri Lanka was reeling from injuries, Aakash pointed out that their bowling quality is still terrible.

“We know there were injuries. There’s no Lahiru Kumara, Dushmantha Chameera, or Pathum Nissanka. The team is in transition; that is also okay. But is this the quality of bowling? I found the bowling terrible,” Chopra said on his official YouTube channel.

The Sri Lankan team are playing like a Ranji Team of the caliber of Mumbai or Karnataka: Aakash Chopra 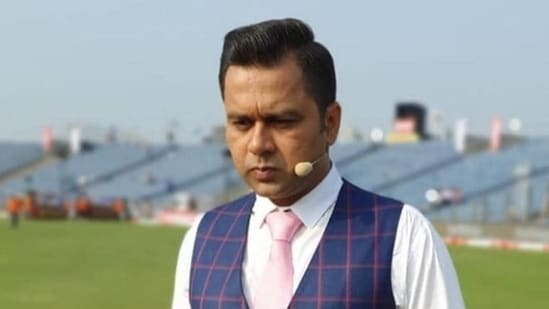 Aakash claimed that their bowling is not of Test level quality. Sri Lankan bowlers failed to bowl a the consistent line and lengths and hence paid the price. Chopra further compared the Island team to the caliber of the Ranji side of Mumbai or Karnataka.

“Suranga Lakmal is playing his last Test match and he bowled decently. But apart from him, when you look at Embuldeniya.. he’s their best bowler but I don’t think he is in Test class. Jayawickrama is bowling full-tosses and conceding almost 4.5 runs-per-over on this pitch. That is not Test quality bowling on his surface. If you are bowling bad deliveries in every over, then only you can concede at such a run rate on this pitch

“Individually, these players are good but collectively, they are absolutely disappointing. Sri Lanka is playing like a Ranji Team of the caliber of Mumbai or Karnataka at the moment.”

• Chopra compares Sri Lanka’s caliber to a Ranji side.