Recently, Jasprit Bumrah bowled one of the greatest spells in IPL’s history and registered his maiden five-wicket haul in the IPL. However, the great speedster’s efforts came in vain as MI failed to chase a modest total against KKR. Jasprit Bumrah has entered the unwanted list of bowlers whose fifers came in a losing cause in the IPL. Let’s have a look at the other unfortunate bowlers whose five-wicket haul came in a losing cause. 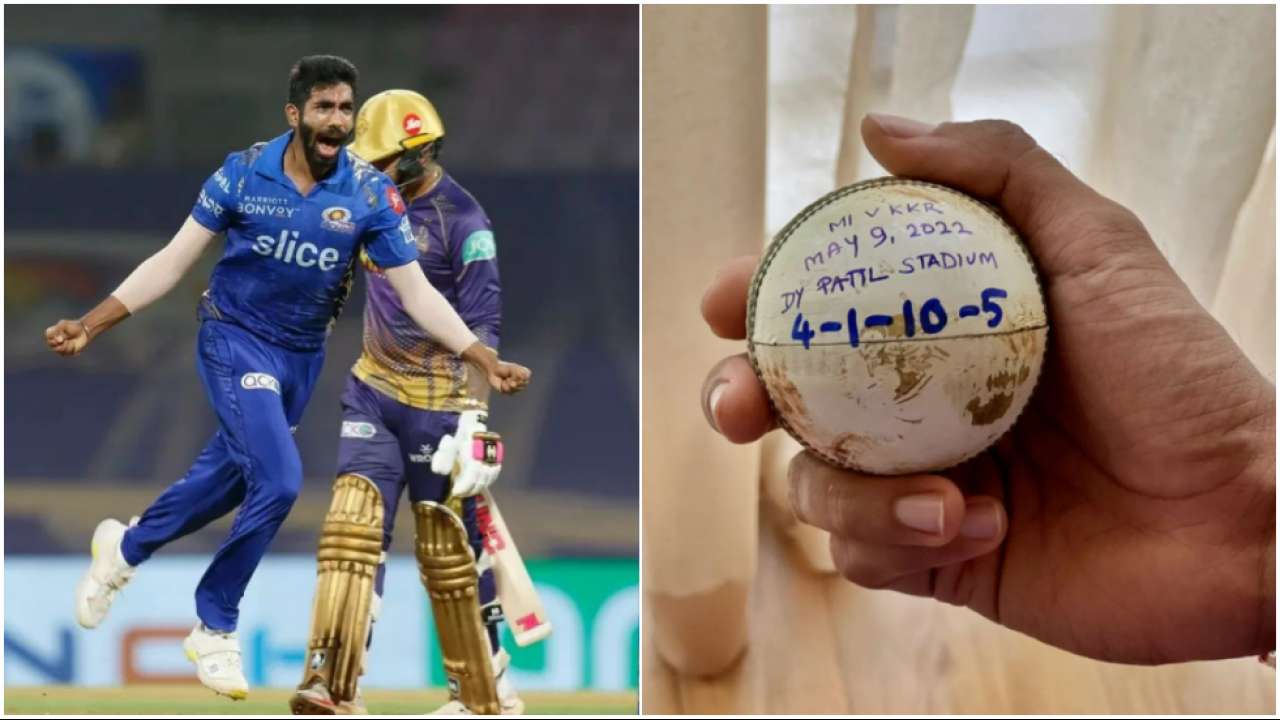 Here are the bowlers whose fifers came in a losing cause in the IPL: 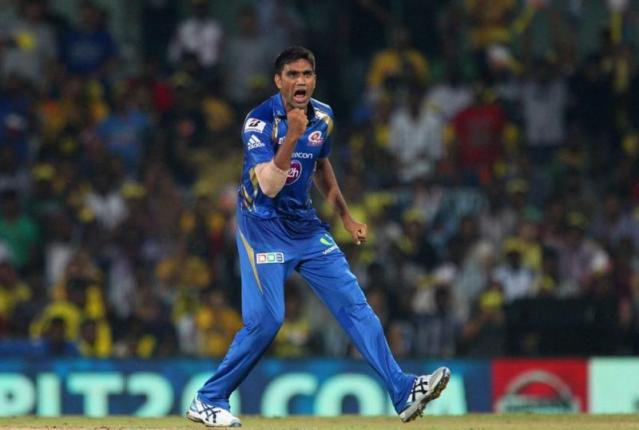 Munaf Patel was the first bowler whose 5-wicket haul in the IPL came in a losing cause. His spell of 5/21 came for the Mumbai Indians against Kings XI Punjab in IPL 2011.

The MI captain Sachin Tendulkar won the toss and opted to field first.

The Baroda medium-pacer struck in his very first over, having Paul Valthaty caught at deep mid-wicket with his fourth delivery. Then he took the key wickets of Shaun Marsh, David Hussey, Dinesh Karthik, and Ryan Harris to complete a five-wicket haul.

Despite his excellent spell, KXIP made a decent score of 163/8 in their 20 overs. Chasing 164 for victory, the MI batting fell apart as they were all-out for a score of 87 runs. Bhargav Bhatt was the wrecker-in-chief, accounting for 4 Mumbai wickets and getting the Man of the Match in the process. KXIP won the match by a massive margin of 76 runs, with Munaf Patel’s spell going in vain.

Sunil Narine became the 2nd bowler whose 5-wicket haul in the IPL went in vain. His spell of 5/19 came for the Kolkata Knight Riders (KKR) against KXIP in IPL 2012.

The KKR captain Gautam Gambhir won the toss and opted to chase, in a home match played at the Eden Gardens in the fifth season of the IPL.

On a pitch assisting the spinners, Narine was brought into the attack to bowl the 3rd over, with the KXIP score reading 14 for no loss. The Trinidadian made an instant impact and got Adam Gilchrist to top-edge a hoick to be caught at cover. He then took the wickets of Shaun Marsh, Bipul Sharma, Praveen Kumar, and Harmeet Singh to complete his maiden fifer in IPL.

KXIP finished with a fighting score of 134/9 in their allotted 20 overs. Despite gritty knocks from the top-order and Debabrata Das, KKR was restricted to a score of 132/7. Hence, narrowly losing the match by just 2 runs. All the KXIP bowlers played their part, with Piyush Chawla finishing as the most successful bowler with 3 wickets to his credit. Although KKR lost the match, Sunil Narine was still given the Man of the Match for his incredible spell 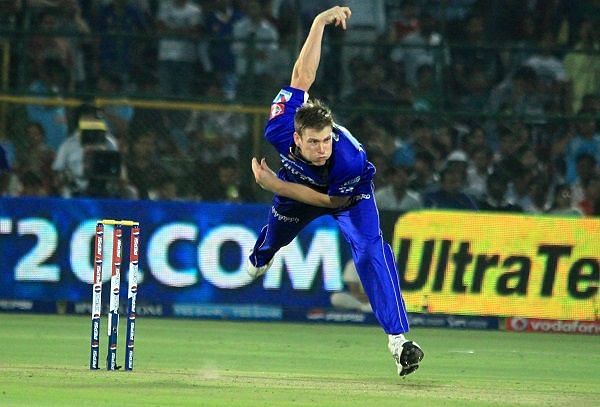 James Faulkner had the misfortune of becoming the third bowler whose 5-wicket haul in the IPL came in a losing cause. His spell of 5/16 came for the Rajasthan Royals (RR) against Sunrisers Hyderabad (SRH) in IPL 2013.

The SRH captain Cameron White won the toss and opted to bat first, at their home ground in the sixth edition of the IPL.

But the decision seemed to have backfired, with Faulkner taking a couple of wickets in the 2nd over of the match. The left-arm seamer bowled Parthiv Patel off an inside edge with his very first delivery. He followed that up by having Shikhar Dhawan caught at the point with the last ball of the same over. Then he took the important wickets of Darren Sammy, Dale Steyn, and Biplab Samantray.

Despite James Faulkner’s splendid spell of 5/16, SRH was able to post a score of 136/9 in their allotted 20 overs. This was the second time he had taken a 5-wicket haul against SRH in the same season of the IPL. Although RR got off to a steady start, they were pegged back in the middle overs. They could only manage a score of 113/9 in their 20 overs. Amit Mishra was their principal tormentor, with his miserly spell of 2/8 in 4 overs. The leg-spinner was awarded the Man of the Match, with James Faulkner’s incisive spell going in vain. Adam Zampa has the best figures in a losing cause in the IPL. His spell of 6/19 came for the Rising Pune Supergiants (RPS) against SRH in IPL 2016.

The SRH captain David Warner won the toss and opted to set a target, at Vizag in the ninth edition of the IPL.

Zampa was introduced into the attack in the 8th over, with the SRH score reading 40/1. His first over did not give any signs of things to follow, as he did not pick up any wickets. But later the leg-spinner pushed SRH to the backfoot by dismissing Yuvraj Singh, Kane Williamson, and Moises Henriques. He took three wickets in his final over of Deepak Hooda, Naman Ojha, and Bhuvneshwar Kumar to complete a Six-wicket haul.

Chasing 138 for victory, the RPS batsmen choked as they could only manage to score 133/8. Hence, went on to lose the match by 4 runs. Ashish Nehra was the pick of the SRH bowlers with figures of 3/29. 3 wickets fell in the last over, including the vital run out of Dhoni. Adam Zampa was awarded the Man of the Match for his excellent spell even though his effort came in a losing cause in game where RPSG would have loved to win. 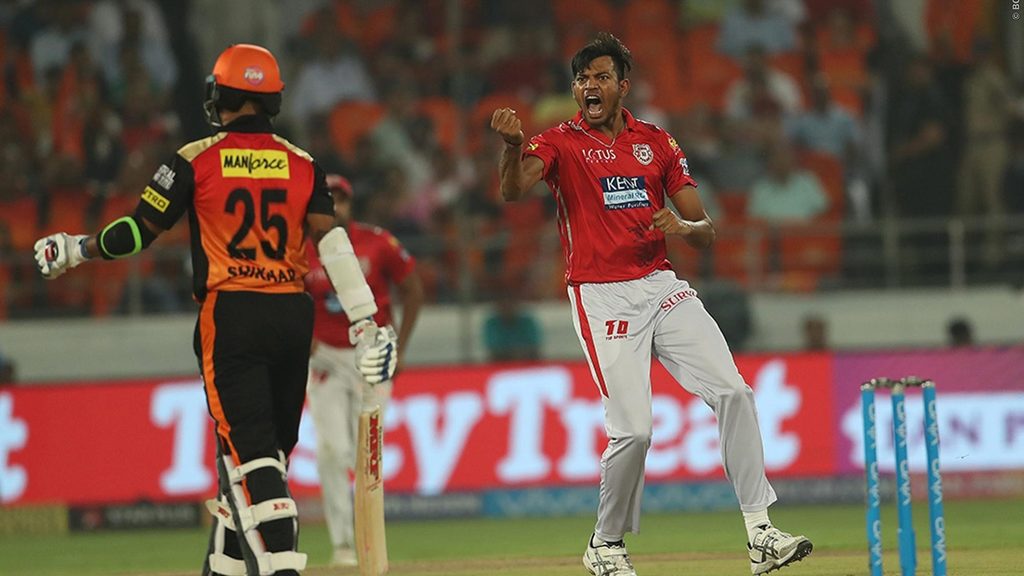 Ankit Rajpoot had the best bowling figures in IPL 2018. But this spell came in a losing cause. His spell of 5/14 came for KXIP against SRH in IPL 2018.

The KXIP captain Ravichandran Ashwin won the toss and opted to field first, in an away match at Hyderabad in the eleventh season of the IPL.

Rajpoot was right on the money from the word go, having Kane Williamson caught at mid-off while trying to play the pull shot. The Uttar Pradesh seam bowler struck again with the wickets of Shikhar Dhawan, Wriddhiman Saha, Manish Pandey, and Mohammad Nabi to complete his maiden fifer.

Chasing 133, KL Rahul, and Chris Gayle gave KXIP a bright start. But the batting collapsed after both of them were dismissed. The Punjab-based franchise was bowled out for 119 runs, thereby losing the match by 13 runs. Although KXIP lost the match, Ankit Rajpoot had the consolation of bagging the Man of the Match award for his excellent bowling spell.