The second test between India and Sri Lanka was disturbed by four miscreants who trespassed on the ground to disturb the match being played here at M Chinnaswamy Stadium. The four accused have reportedly been held by the Bangalore police.

The incident took place during the medical break for Sri Lankan spinner Praveen Jayawickrama’s knee injury on Day-2 of the match on Sunday.

According to Bengaluru Police during the break time some miscreants trespassed. The trespassers were apprehended and were removed from the stadium.

Later the case was registered against two adults and two Juveniles at Cubbon Park PS vide under the section of Cr. No 24/22 u/s 447, 269, 271 Indian Penal Code and sec 5(1) Epidemic Diseases Act.

India is on the brink of winning the second test 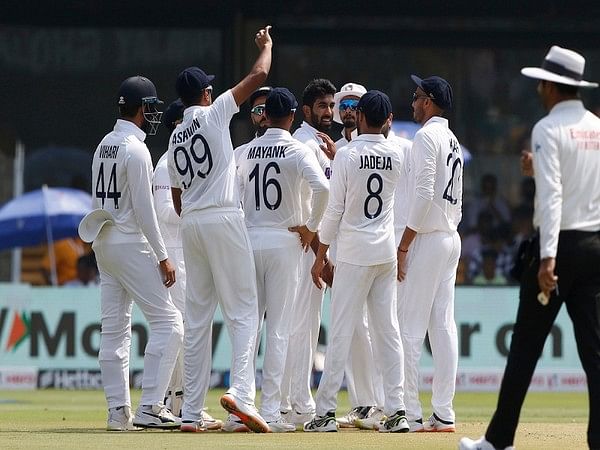 Amidst the halt in play, wicketkeeper Rishabh Pant played an explosive inning and slammed the quickest fifty by an Indian in Tests, breaking Kapil Dev’s 40-year-old record. Soon after scoring his half-century Pant was dismissed caught and bowled by Jayawickrama to leave his team at 189/5.

Soon after the Southpaw’s dismissal, the hero of the first innings, Shreyas Iyer continued from where he left off. He scored another fifty to put his team in a strong position. Lusty blows from Mohammed Shami took India’s total in excess of 300 and set a formidable target of 400 plus for the Sri Lankans.

Overnight, vice-captain Jasprit Bumrah picked up the wicket of Lahiru Thirimane to give India the early advantage.

• four miscreants were caught after trespassing on the ground during the second test.

• FIR registered against the trespassers by the Bangalore police.

• Rishabh Pant scores the fastest fifty by an Indian in Tests.

ALSO READ: A YOUNG FAN WITH A PLACARD “ROHIT IS NOT MY CAPTAIN” & “REINSTATE VIRAT KOHLI AS TEST CAPTAIN” GOES VIRAL