13 July 2002 is regarded as one of the brightest days in Indian cricket as the country won the NatWest Trophy, a prestigious title at the historic Lord’s ground under the captaincy of Sourav Ganguly. Today India is celebrating the 20 years of the NatWest Trophy win. India defeated host England in the final match of the NatWest series to claim a famous win. That was the final of the tri-series between India, England, and Sri Lanka. This proved to be a victory that changed the world’s thoughts about team India. It was a win that gave the title of Dada to formal Indian captain and BCCI president Saurav Ganguly. This win also gave us two match-winners in the form of Yuvraj Singh and Mohammad Kaif.

Two English players Mark Trescothick and captain Nasser Hussain scored centuries. India got a huge target of 326 runs to win. Achieving this meant setting a world record for the successful chase of the biggest target at that time. Chasing a score above 300 was unheard of during that time. However, the Sourav Ganguly-led side did the unthinkable to lift the NatWest title. 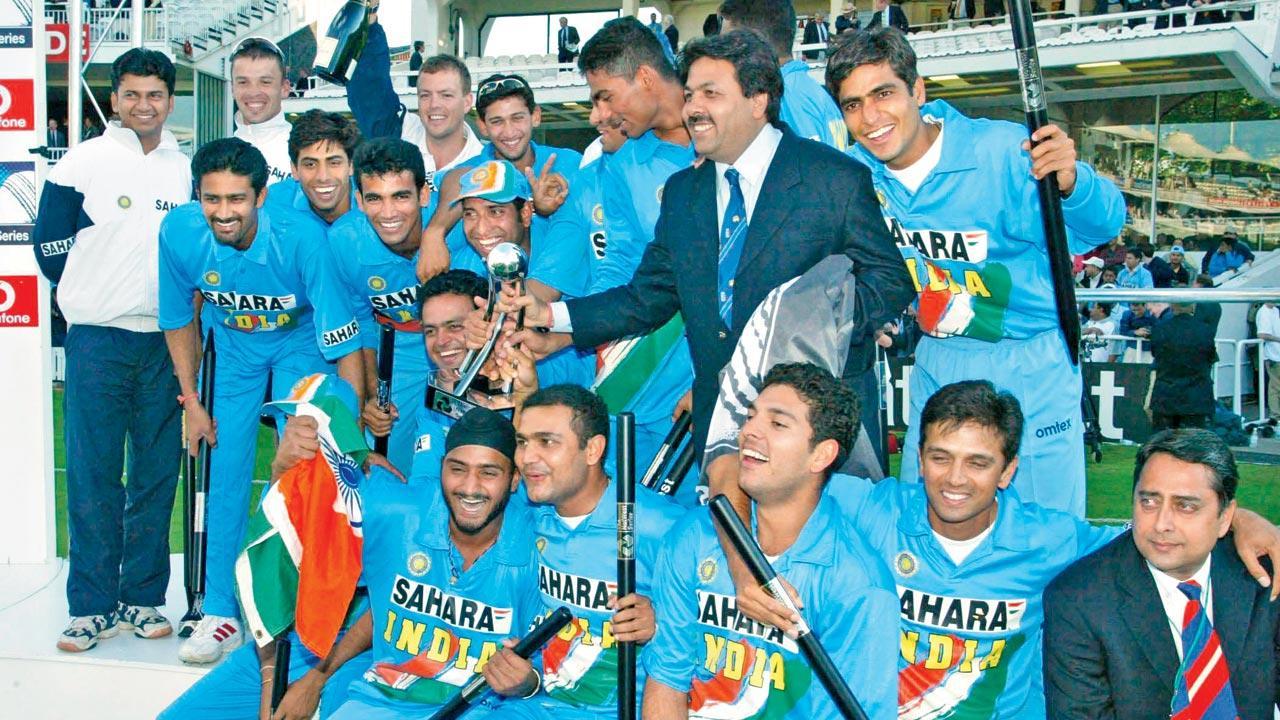 India had a good start in the chase to the huge target. Indian captain Sourav Ganguly and another opener Virender Sehwag added 106 runs in 14.3 overs in the first wicket partnership. But in the next 40 runs, the game turned and India lost their five wickets. Sachin Tendulkar was the fifth wicket after scoring 14 runs. After the dismissal of Sachin, Indian spectators turned off the TV sets in despair.

But, Young batsman Yuvraj Singh with 69 runs and Mohammad Kaif (87 runs) put on 121 runs in the sixth wicket partnership to bring India back into the match. Yuvraj Singh got out but Kaif along with the tailenders gave India victory.

Twenty years back I played an inning that gave me an identity, fame and love for a life time. Revisiting the 2002 Miracle of Lord’s with family and friends and answering the question that I always get asked – How did you manage to chase down 326? #Lord‘s #NatwestSeries pic.twitter.com/MYZoDQc9aH

• India chased a massive target of 326 to lift the NatWest title.

Prateek Kumar
Previous article
India and Australia are set to battle in a five-match test series from FTP 2024 onwards
Next article
England vs India 2nd ODI: Odds, Predictions and Analysis